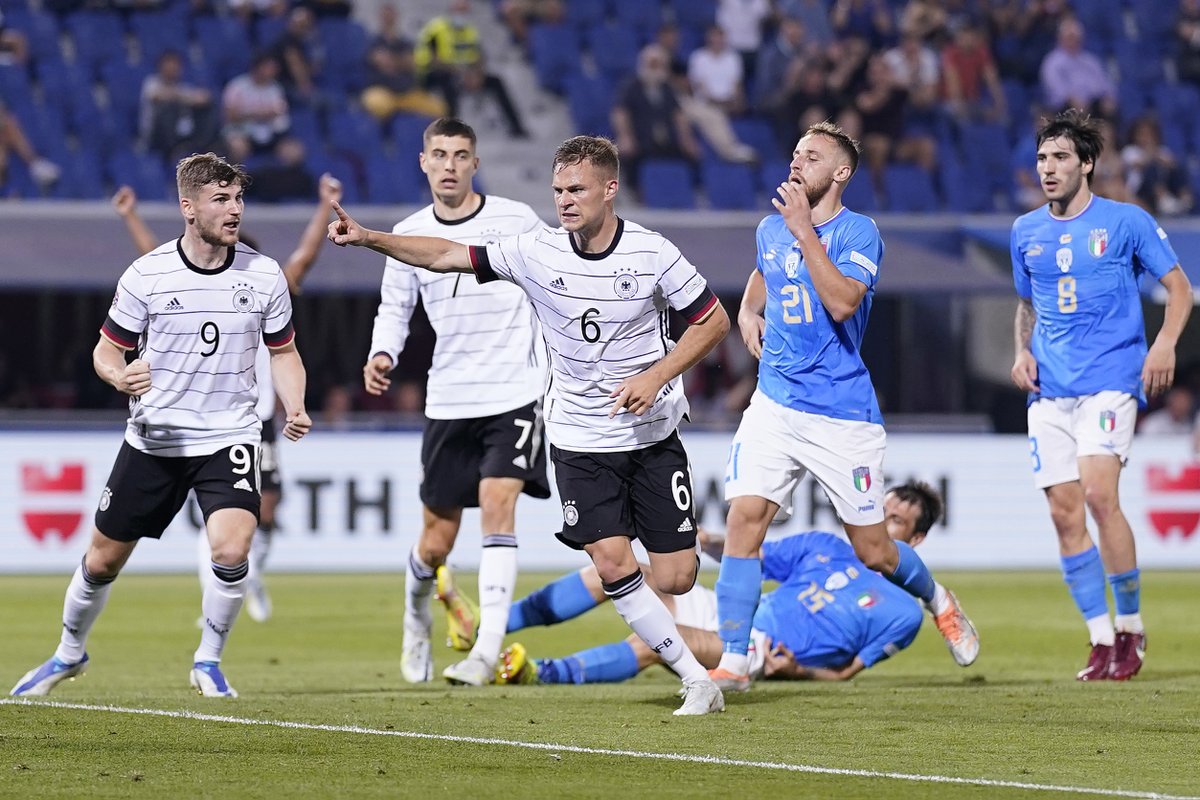 After the first set of games in Group A3 of the current UEFA Nations League campaign, more illustrious teams such as England, Italy and Germany trail Hungary on the league table. The Hungarians are at the top of the table after the famous win over England thanks to the second half spot kick from Dominik Szoboszlaiafter Chelsea defender Reece James was penalised for a foul in the box. RB Leipzig star Szoboszlaiscored from 12 yards out in the second half to give Hungary a 1-0 win over England for their first win over the Euro 2020 finalists in six decades. In their own game, Germany came from behind to draw 1-1 with hosts Italy with Bayern star Joshua Kimmich responsible for the equaliser three minutes after Lorenzo Pellegrini gave the European champions a 70th minute lead.

Germany would be hoping to get their first win of Group A3 at the second time of asking when they take on England in two days’ time. The two teams last met in the round of 16 at the Euro 2020 tournament with England winning 2-0 thereby eliminating the Germans from the competition.

Just like the Germans, Italy would be in search of their first win in Group A3 when they take on group leaders Hungary at Stadio Dino Manurri in Cesena on Tuesday. The Italians have not won any of their last two games on the international stage and they would be keen to correct that against the Hungarians.