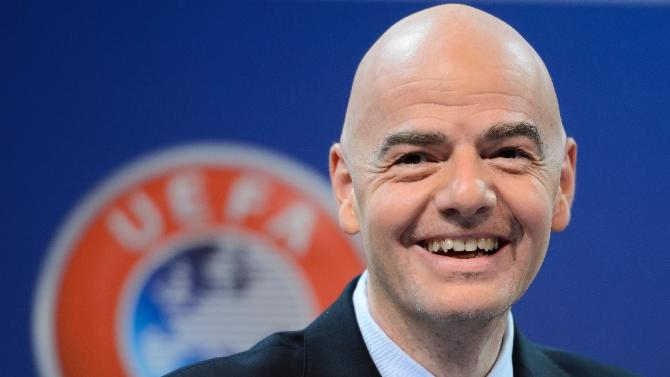 The chief wants the work of the current regime to be taken into consideration and then, any judgement to be passed.
Recently, with a couple of members of an important FIFA committee resigning in their act of disapproval to the calls of the chairman, declaring him as bullish as the last chairman, the credibility of the game’s top organisation has been hit again. END_OF_DOCUMENT_TOKEN_TO_BE_REPLACED

Germany boss Joachim Loew claimed that he is worried about the numerous injuries suffered by his team just ahead of the Euro 2016.

Germany come into the tournament as the world champions after having lifted the title in Brazil two years ago. The title victory in Brazil was claimed as a major success for the nation, who seemed to have a bright future due to the plethora of youngsters in the squad. Even now, Germany has a long list of players at the prime of their careers. Hence, it would be a major disappointment if Germany did not win the Euro 2016.

Reaching the final in 2008 was the closest that the European nation has come towards winning the title in recent decades. Germany has not been crowned as the European championship since 1996. The nation has won three European titles until now. The Euro 2016 is seen as a great opportunity to add titles to the crown. The last few weeks, though, has implemented a doubt within the mind of coach Joachim Loew due to the long list of injury problems affecting his squad now. Bastian Schweinsteiger, Emre Can, Julian Draxler, and Jerome Boateng are some of the players currently struggling with injuries. Their presence at the Euro 2016 remains touch and go. END_OF_DOCUMENT_TOKEN_TO_BE_REPLACED

As excitement builds ahead of the much-anticipated 2016 European Championships, world champions Germany are the bookmakers’ choice to win it. So what are the chances of the tournament front-runners being able to handle the expectation and follow up their recent World Cup triumph with European glory this summer? Obvious bet?
It’s of little surprise that the Germans are heading to France as favourites. They’re renowned for having serious tournament pedigree, and the history books show them to be one of the most successful footballing nations of all time, with four World Cups and three European Championships to their name. What’s more, Die Maanschaft have not finished outside of the top three in a major tournament since 2006. END_OF_DOCUMENT_TOKEN_TO_BE_REPLACED

It has been a disappointing campaign for Mario Götze, who has been overlooked by Pep Guardiola consistently at Bayern Munich this season.

The midfielder arrived from Borussia Dortmund in 2013 and immediately went on to make numerous appearances for Bayern in his first campaign. His second was even more productive after ending up with a nine goals and four assists in just 32 appearances. For some unknown reasons,Götze has been on the sidelines throughout the campaign. He has made only 17 appearances in all competitions this season. His lack of gametime with Bayern is causing a major threat to his international career.

After recently playing a major role in Germany’s victory at the World Cup 2014, Joachim Loew has had to discuss about the future of the 23-year-old in his latest interview. Such has been the decline of the player in the last 12 months. He is now linked with a move abroad with the likes of Liverpool interested in him. If it is a case of the player falling out with the manager,Götze will wait before he decides on the move. Guardiola will be leaving Bayern Munich in the summer and he will be replaced by Carlo Ancelotti.Götze does not seem to be suffering from poor form after his squad in the 4-1 win for Germany against Italy. END_OF_DOCUMENT_TOKEN_TO_BE_REPLACED