Huddersfield Town have confirmed the signing of Erik Durm from Borussia Dortmund for an undisclosed fee. The 26-year-old failed to make a single competitive appearance for the Bundesliga outfit last term due to injuries but he has nevertheless got the opportunity to head to the Premier League under former Dortmund reserves coach David Wagner. 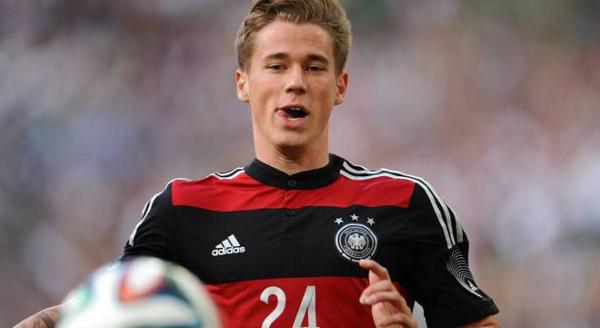 “It is not every day that you can bring a player of the quality of Erik to your club. He is a World Cup winner and has played at the very highest level, so this is a fantastic day for Huddersfield Town. Obviously I know Erik well from our time together at Dortmund and he has all the qualities to be a great success in our ‘Terriers Identity.’ He is a smart, determined character too. He’s desperate to play and that is always a good thing for any head coach,” Wagner told the club’s official website.

After an injury-plagued season, Durm has only been signed a one-year contract with the Terriers but the club have included the option of a 12-month extension, should he impress through the 2018/19 campaign. Aside from Durm, Huddersfield have recruited seven other players during the ongoing transfer window with their highlight signing being the club-record arrival of Terence Kongolo.

The Netherlands international impressed during his loan spell with Huddersfield during the backend of last season and this convinced Wagner to spend a record £17.5m fee to lure him from AS Monaco. Despite their spending, Huddersfield can expect a tough start to the 2018/19 season after being pitted against Chelsea, Manchester City in the first two matches.

Thereafter, Huddersfield have a game against newcomers Cardiff City where they could fancy their chances but from then, they have another tricky schedule involving Everton and Tottenham Hotspur which could see them in the drop zone heading into October.