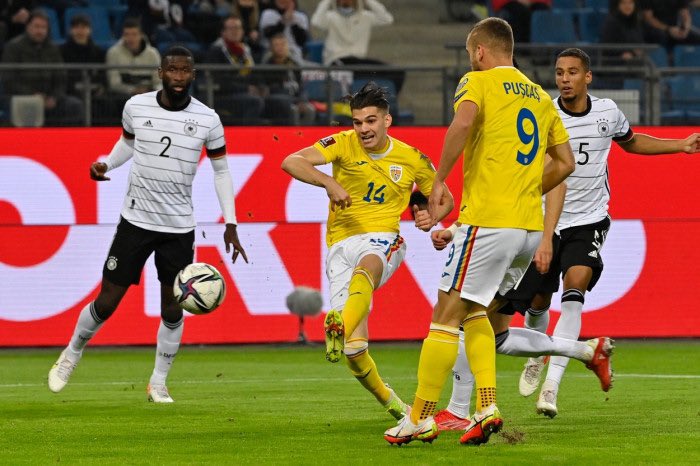 Flick won all the major trophies possible for Bayern Munich during his time with the Bavarian giants and he has led Germany to four successive wins since taking over from Low in the dugout. In his latest game, Germany came from a goal down to beat Romania 2-1 at home.

He had earlier led Germany to an emphatic home win over Armenia in his second game. Bayern Munich attacker Serge Gnabry scored twice in the 6-0 win over the Armenians. Borussia Dortmund star Marco Reus, Red Bull Salzburg forward Karim Adeyemi, Timo Werner and Jonas Hofmann were also on target against Armenia. Adeyemi was able to mark his first game for Germany with a goal.

Flick began his reign as the German senior national team with a 2-0 away win over Liechtenstein in Group H thanks to a goal in each half from Chelsea man Timo Werner and Bayern Munich winger Leroy Sane. In the third Hansi Flick game for Germany, Serge Gnabry, Timo Werner, Leroy Sane and Antonio Rudiger were all on target in the 4-0 away win over Iceland. All the three games were played last month.

Germany made it four wins from four games under Flick in Group J with the 2-1 comeback win over Romania on Friday night. Serge Gnabry and Thomas Mueller scored in the second half to overturn the first half opener from Rangers star IanisHagi for the Romanians.

With the four-game winning start under Flick, Germany have opened a six-point lead at the top of the Group J standings as far as the Qatar 2022 FIFA World Cup qualifiers in the UEFA section is concerned.